Hello guys, today we bring a new update, with new features:
Starting with the Elders Quest that can be access from !tp command, a whole new quest with new custom monsters and a very powerfull boss. With an unique reward: Access to the Souls Sets.

Attack Soul Set     Defense Soul Set
so this is how will it works:
- Attack Soul Set: this one will give the player 25% more Damage when attacking, but also will receive 35% more damage when in battle.
- Defense Soul Set: this one will give the player 25% more defense when in battle, but also will deal 25% less damage when attacking.
In order to obtain this Equipment, Players will be required to find their way through the elders quest and get to the Final Boss, players need to be sure to take the right patch if not you guys can get to a dead end. After killing the Boss, a portal will be openned to the reward room, where players will find two portals, each one of this portals will unlock a new spell to players ("utevo hur soul" or "utevo ina soul").
Each one of this spells will unleash the soul set depending on the spell players choose to unlock (only one can be obtained by each player) so it will be required to wear a complete set in order to use the spell (helmet, armor, legs, boots) also if the actual set have any kind of upgrade/makers, soul set will adquire those same stats. Players will be able to get back their original EQ by using the spell again.
Note: Be sure not to unequip your Soul Set when using it, to avoid item loss.
There is a new item added to the Reborn coins Shop: Reborn beef (Unlimited Food).
Also the Reborn Elemental Star +15, Bless Charm and the new potions, have been added to the Reborn Coins Shop.
How you guys enjoy this update, if you need help with anything just msg me.

Hello Guys, this is a quick update,

So as was requested for several players, PvP disabled feature has been removed, also pvp scroll won't be available anymore.
More floors has been added to Jugger Hub, Asura's Hub, Spectral Hub, Vampire's Hub and Warrior's Hub, so more players can take advantage of this places.

Tonight we bring some new features hope you guys like it:
Starting with the new PVP Mode, if players have secure mode on (hand open) can't attack other players, so if a player use AOE spell near other player, attacker won't get white skull.
Rebirth System will now give life and mana leech until player reach 15 rebirths, if a player rebirths more than 15 times, will only get the bonus for the 15 rebirths. the others rebirths bonus will remain.
Monster will now have a chance to drop an egg, for example if a player kills a dragon now a dragon egg can be looted, if a player use this egg, it will summon a dragon.
Players can now start Bosses Raids by using the command !raidstart, it will charge the player with an amount of money. this command can only be used once every 30 minutes.
Premmy weapons can now be used at level 8 after rebirth.
Bosses power has been increased like Gaz'haragoth, Morgaroth, Ghazbaran etc...
There has been added some new items to our Online Shop and In-Game store that will only be available to purchase with Premium Coins:
A Bless Charm if a player has it on his backpack when dies without blessings, won't lose any item, this one will last for one death.
A new Paladin Weapon: Elemental Reborn Star +15 which will allow paladins to use shields, its fully upgraded with elemental damages also it can attack single target and AOE like Diamond Arrows.
New Unlimited Potions, so players can recharged it with a simple command without the need of taking lots of potions to hunt. Players can recharge this potions with command: !charge
For more info on this new items go to our Online Shop which has been redesigned so you guys can have a better look on our items.
Our Ot Client has been update to a new version, in order to enjoy this new cool features and avoid Crashes, Download it Now!

Hello Guys, tonight we bring you some new content, starting with:
- Four NEW Respawns: Asura`s Hub, Spectral Hub, Vampire`s Hub, Warrior`s Hub with new monsters and all of those hunting places similar to Jugger Hub, players can get to this respawns with !tp command.
- Also there are new changes made to Magician Library, added more monsters and removed some doors.
- Light Devourers and Vampire Lord`s damage has been Lowered.
- Starting tonight stamina instead of dropping from 1.5x exp at 40:00 will now drop 3 points every 5 hours of hunting, so now will be like this:
at 37:01+ player will get 1.5x exp
at 32:01+ player will get 1.2x exp
at 27:01+ player will get 0.9x exp
below 27:00 player will get 0.6x exp
- Now NPC Decimus will Sell Backpacks.
- Diamond Arrow, Diamond Bolt and Spectral Bolt will now be infinite.
- There is now a new command !rebirth that will let players know, the level needed to rebirth.
- Pz Time has been decreased.
Hope you guys enjoy this new update, if you have any doubt, just msg me. 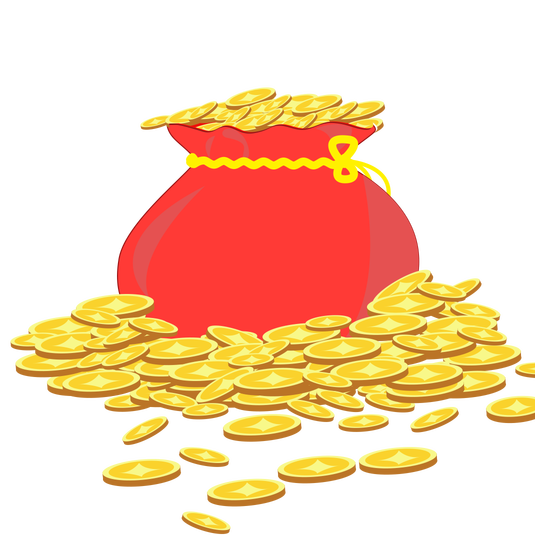 Starting Tonight September 13 until september 30, there will be a 2x Premium Points Bonus for every donation made to the server.